BLACKPINK is a four-membered KPOP girl group under YG Entertainment, and the members are Jennie, Jisoo, Rosé, and Lisa. They are the first girl group to debut after 2NE1 in 6 years. They debuted on August 8, 2016 with their first single EP, Square One, with the songs “Whistle” and “Boombayah.” “Whistle” hit no. 1 in Korea and “Boombayah” hit no.1 on Billboard World Digital Songs chart. During that year, they were awarded as New Artist of the Year at the 31st Golden Disc Awards and at the 26th Seoul Music Awards. And they are the first female Korean artist to hit four no. 1 singles on Billboard World Digital Songs chart.

BLACKPINK announced that they will go on their 2019 World Tour, “In Your Area”. They kicked it off in Seoul on November 11th and 12th, and as of right now, 7 other cities are announced. 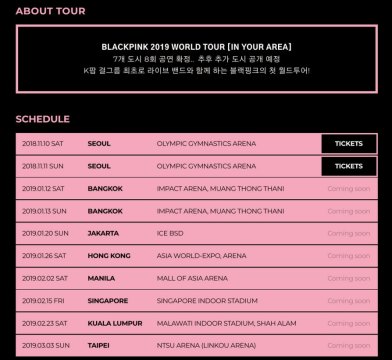 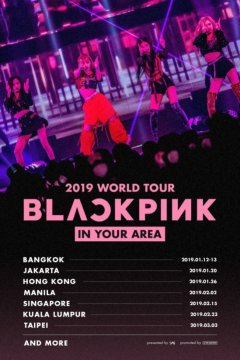 WHERE TO FIND THEM: